Fines and fees make New York’s communities less safe, exacerbate poverty and extract millions of dollars from low-income communities and communities of color. Those with money can easily pay their way out of punishment. Those who can’t afford to pay these exorbitant fines and fees, risk losing their job, being charged more money in fees, arrest and even jail. We need change now.

Ready to join the campaign? Visit No Price on Justice to learn more about joining our coalition. 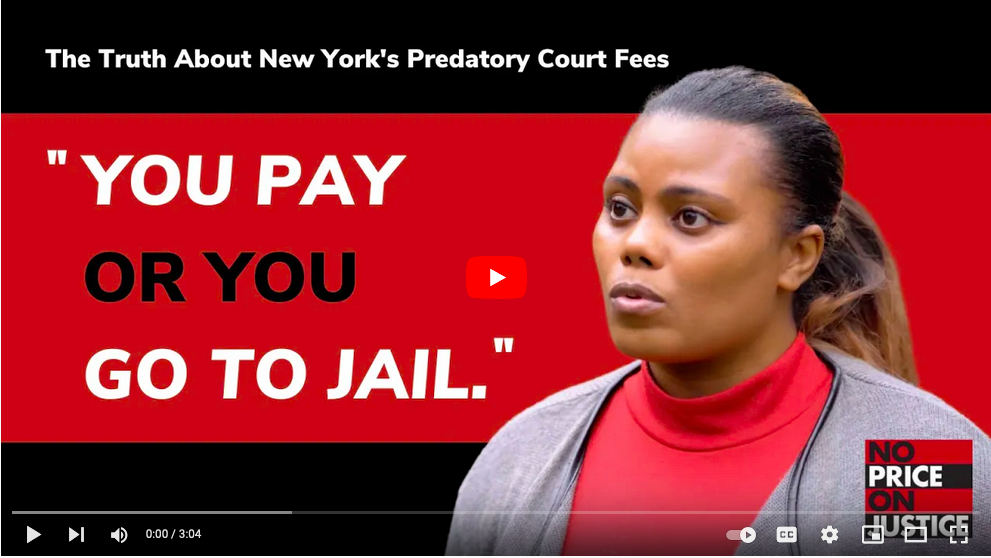 Watch No Price on Justice’s latest mini documentary on the shocking costs of predatory court fees. 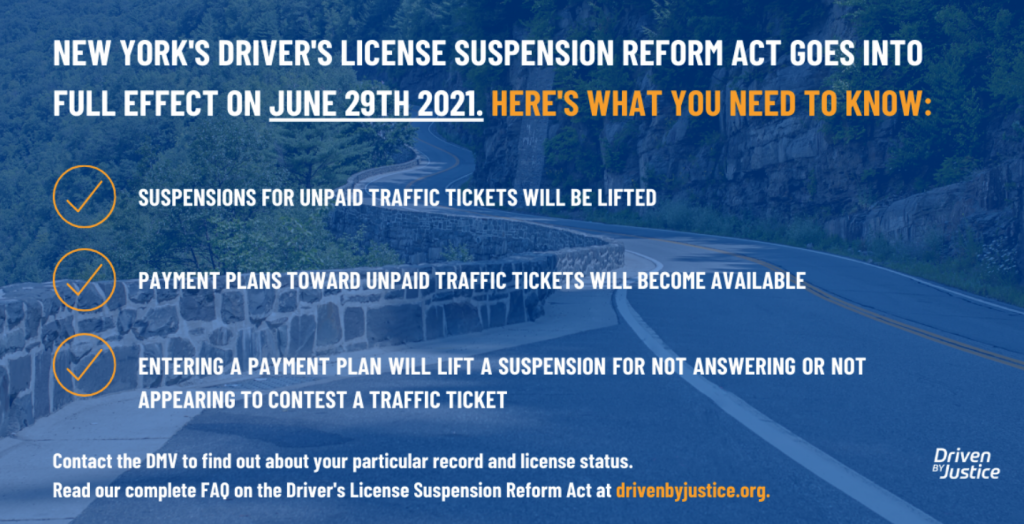 Get more details on the law’s implementation and see how people can get their license reinstated in Driven by Justice’s FAQ fact sheet.

End Predatory Court Fees Act Fact Sheet — Get everything you need to know about New York’s proposed legislation to end predatory court fees in No Price on Justice’s issue brief and bill summary.

COVID-19 Fines and Fees Reform Tracker and Policy Recommendations— New York’s communities, jobs, and government budgets have been decimated by COVID-19. An estimated 2.5 million New Yorkers work in service and sales fields shut down by the crisis and need immediate economic relief. Has your locality changed their fines and fees policies during the COVID-19 recession? How will state and local governments attempt to fill budget gaps in 2021? See how New York’s fines and fees policies have changed throughout the pandemic and read FFJC’s latest COVID-19 Policy Recommendations on the COVID-19 Reform Tracker.